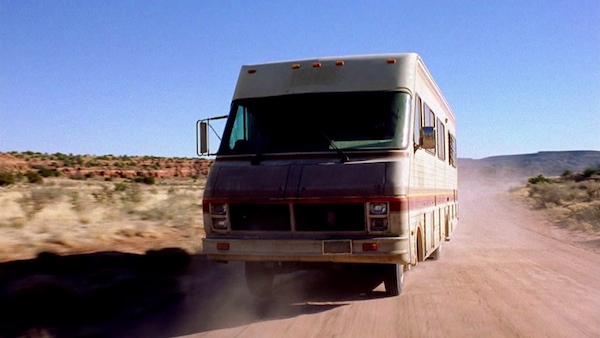 Besides the Rolling Meth Lab RV (word on the web is that it’s a 1986 Fleetwood Bounder) where Walter White and Jesse Pinkman started off their successful business venture, we’ve seen some interesting vehicles hit the screen since the show first aired in Jan. 2008. Check out our list below: 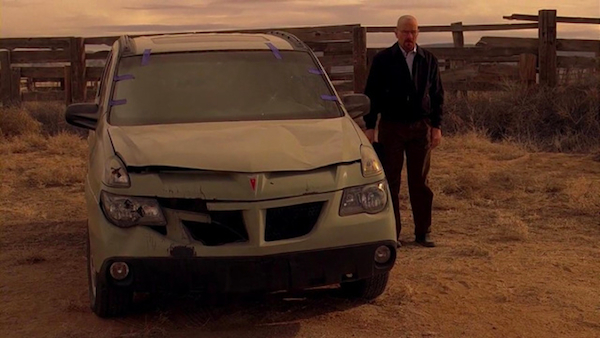 When he’s not rolling around in the Meth RV, Walter White’s daily driver is a Pontiac Aztek. When the Aztek was produced it was supposed to be a design renaissance for GM. Unfortunately, the Aztek was widely criticized for its awkward exterior. According to a poll in The Daily Telegraph in August 2008, the Aztek was voted number one on the “100 ugliest cars” of all time list. 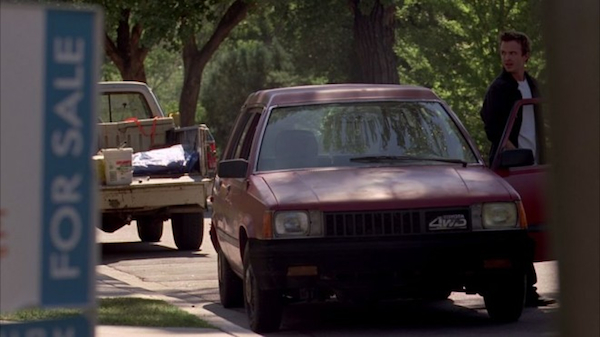 There probably isn’t a car that fits Pinkman’s character better than this red little beater he drove through the whole show. Even when Jesse hit it big with his Meth business, hecontinued to drive around in the beat up little Toyota Tercel which had just one wiper (the other was always missing). Let’s not forget, Jesse Pinkman even drove around throwing wads of cash from his Toyota during a mental breakdown. We’re pretty sure Aaron Paul is very excited to go from the beat-up little Tercel to a bunch of expensive supercars that he’ll be driving in Need for Speed. 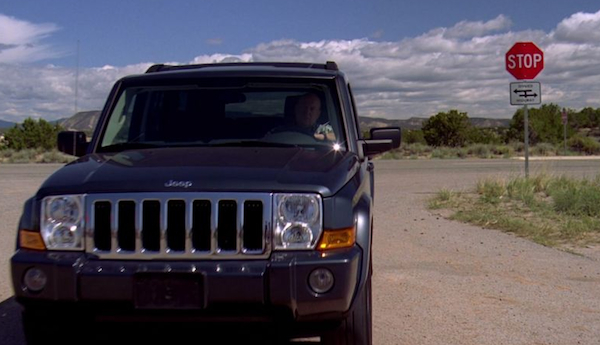 We’re not sure why Hank drove around in a Jeep Commander and we’re not really sure it suit his character. We at least expect Walter’s brother-in-law or the leader of the DEA to drive something more interesting – maybe a Jeep Grand Cherokee. 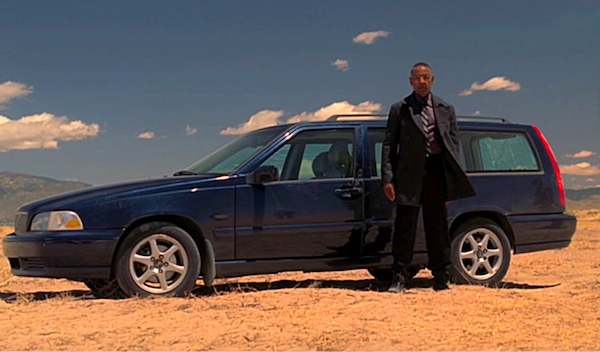 While Gus Fring was probably one of the meanest and toughest villain’s to grace the screens of our television sets, he drove around in a safe Volvo V70 station wagon. Why? Well, besides being a ruthless drug dealer, Gus Fring’s front was of a respectable owner of Los Pollos Hermanons and a man who was involved in community service and respected by politicians. 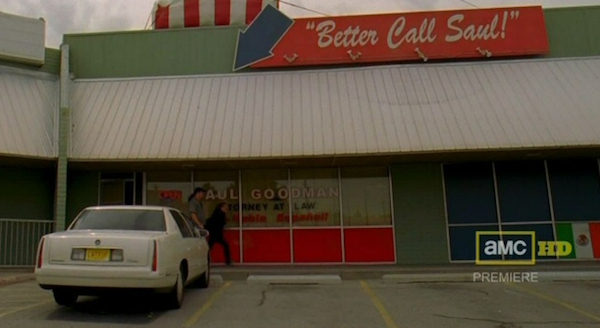 There is no better car for a corrupt lawyer. He’s an all-American badass lawyer with an all-American car. Better call Saul! For Breaking Bad fans that are itching for some more Saul, the lawyer will be getting his own spin-off show based around his character. 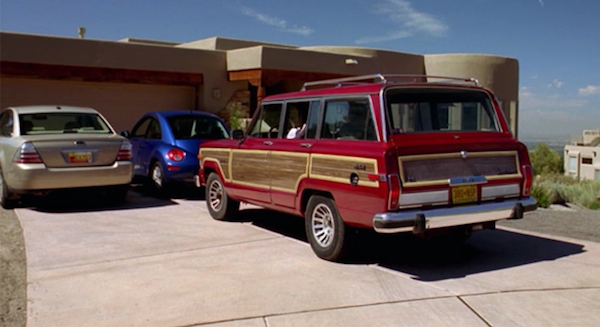 Skyler’s Jeep Grand Wagoneer is the perfect little suburban mommy wagon. Before upgrading to the Ford Edge, Skyler rolled around in the red Grand Wagoneer with wood panels, which we believe suited her image perfectly- a woman who was clueless to her husband’s huge meth empire. 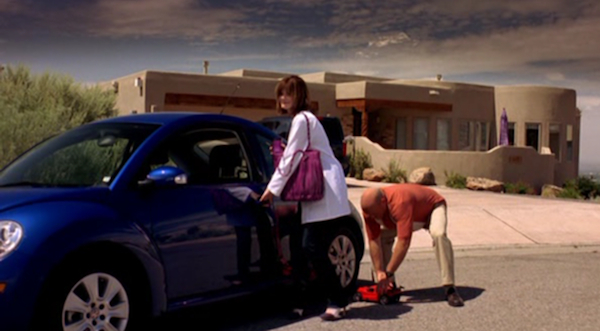 Skyler’s sister drove around in a New Beetle, which was very fitting for her character. She was very gitty, annoying and kind of ditzy – just like others that own a Volkswagen Beetle. 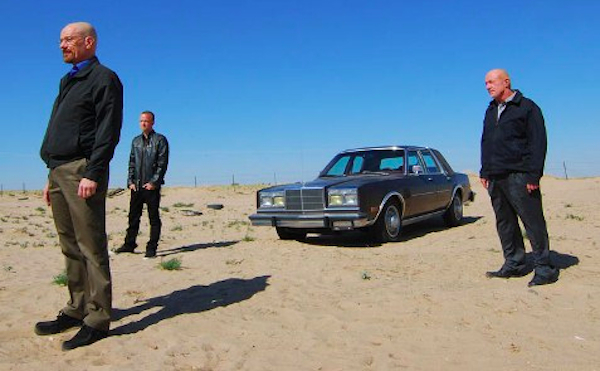 What did you expect Mike the tough guy to drive? A Crown Vic? A Cadillac? Of course not! Mike was a good-hearted tough guy that was always ready to teach you a life lesson – a guy who is as unique as a Mopar. And then there was Mopar or No Car…

Eventually after making millions from his meth business, Walter White takes Walt Junior for car-shopping and picks up a PT Cruiser for his son, however, for himself, Walter buys a 470-hp 6.4 liter HEMI V8 Chrysler 300 SRT8. He eventually feels bad for Walt Junior and picks him up a Dodge Challenger SRT8. According to SRT president Ralph Gilles, Walter White’s 300 SRT8 “is the one” – a sedan with extreme power and perfect balancing, a great way for Walter White to Break Bad.

The Mentalist actor, Simon Baker was spotted cruising around Hollywood in his classic 1964 Ambassador 990 recently. 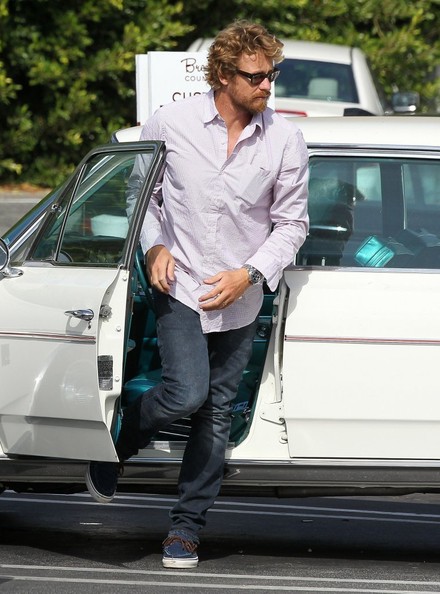 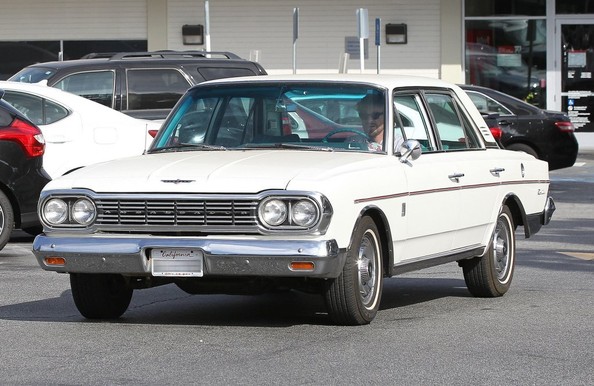