Tim McGraw is just like any other person and just one thing he has to do in his daily life is go grocery shopping and when he goes shopping, he goes in style. He recently captured a picture of his 1969 Mercedes-Benz Convertible. Fun fact about the car: It originally belonged to his father Tug McGraw, who was on the New York Mets and bought it after they won the World Series. Thats why the license plate reads ‘NYMTS69’! 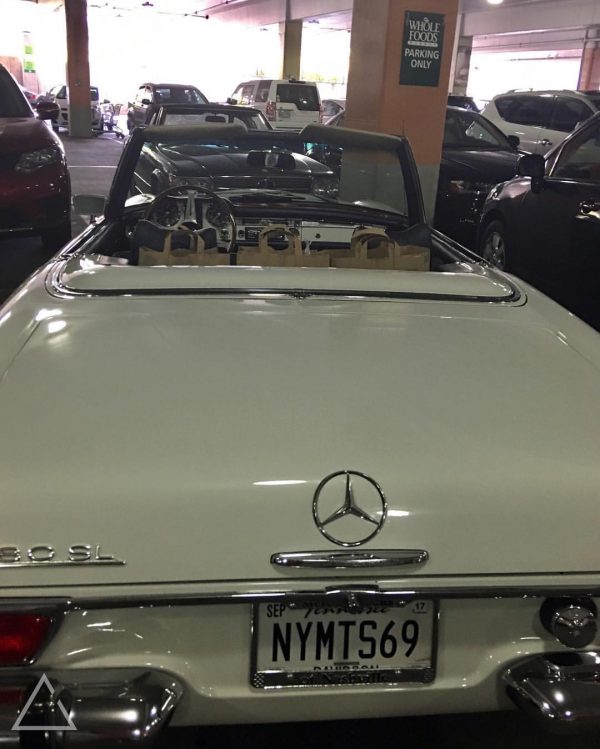 One Response to Tim McGraw Grocery Shops in a Vintage Mercedes!