Ashton Kutcher and his wife Mila Kunis were recently spotted hopping into their Tesla Model X after an outing in Los Angeles. Reportedly Ashton was not thrilled about the paparazzi taking pictures of him and his family, and confronted the photographer shortly after. In the paparazzi’s defense, it’s hard to not notice anyone with those falcon wing doors! Ashton is now one of many celebs rockin’ a Tesla!

As seen on Moe Jackson. 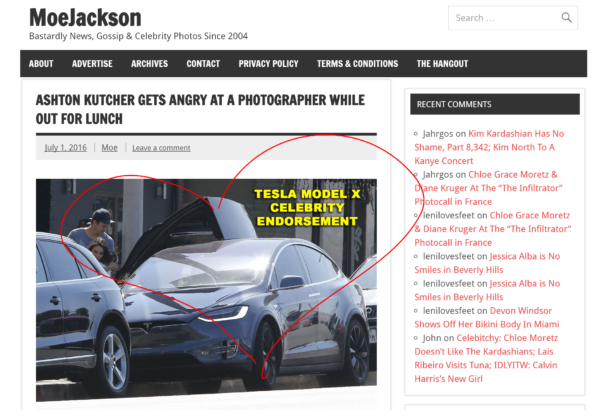 Thanks Anders for the tip!