Kanye West’s latest ride of choice has been his silver Mercedes-Maybach S600 now famous for being damaged by assistant. The time has come though for him to make some updates to it… sort of. The car was originally photographed with custom Agetro wheels which from our understanding was just for promotional reasons. Kanye actually opted to ride around with the standard multi-spoke wheels from the factory. It seems though he has gotten bored of them and has decided to update to the optional factory wheels! We think either set looks classy, but we can’t help but wonder what inspired him to make the change?

What do you guys think?! Was this a good move or totally pointless? 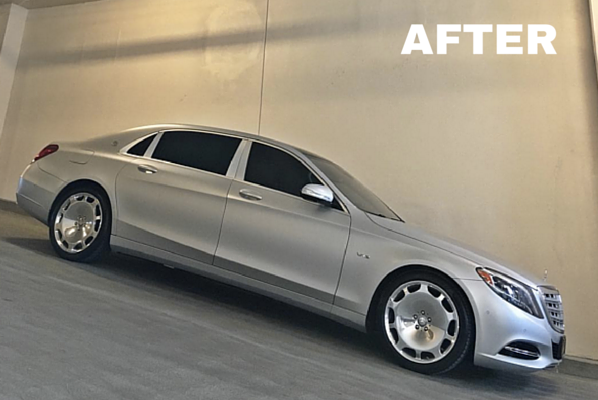