While the eastern side of the United States was getting rocked with snow, dealing with 20+ car pile ups, 17 hour traffic jams, and thousands of cars were being abandoned, Mike Wolfe from the hit TV show “American Pickers” decided to use the opportunity to put his 1962 Volkswagen Panel Van to work (and also get some awesome shots of it covered with snow)! Who knew a rusty old van could look so cool! 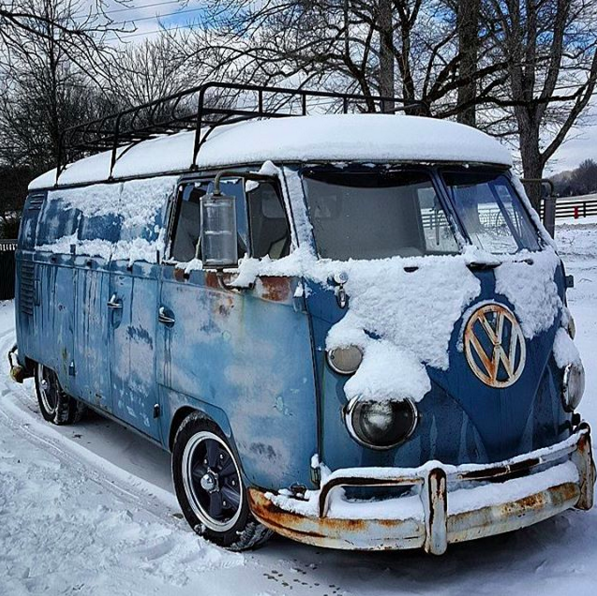