I’m not sure what Snoop has been smoking but the rap legend hit the streets in his Slingshot, captioning his video “Batman”.

Okay, so a Slingshot isn’t a weapon per se, although in many respects the ride Snoop showed off could be considered dangerous in the wrong hands – the Polaris Slingshot is a reverse three-wheeler, and although it packs a modest 173-bhp punch, it only weighs in a 780/kg.

Snoop is lucky in that no matter what he does, he appears cool. Who else could cruise in this ride without looking absurd? 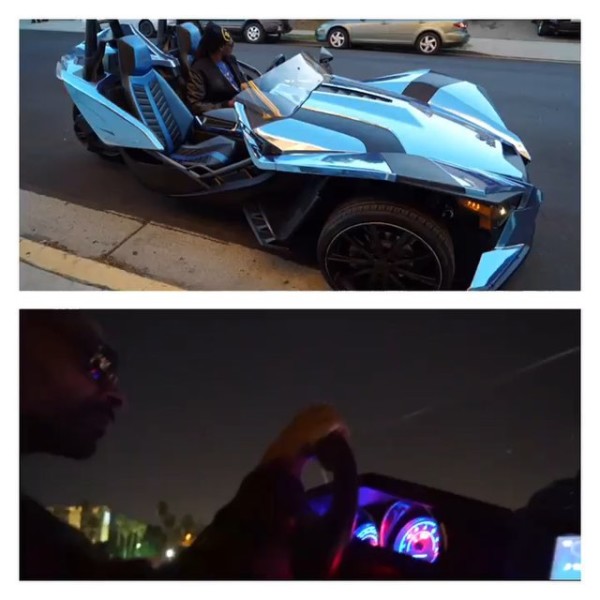