NASCAR star, Joey Logano is used to rubbing fenders in his Ford at 200-mph but it seems the Sprint Cup Series driver also likes to potter about in a 1924 Ford Model T.

Having won the 2015 Bank of America 500 at Charlotte Speedway on Sunday, maybe Logano spent his winnings on the little Model T?

Here’s what he said about his new(ish) Ford: “Cruising down the road in my new @ford…well at least new to me! 1924 Model T” 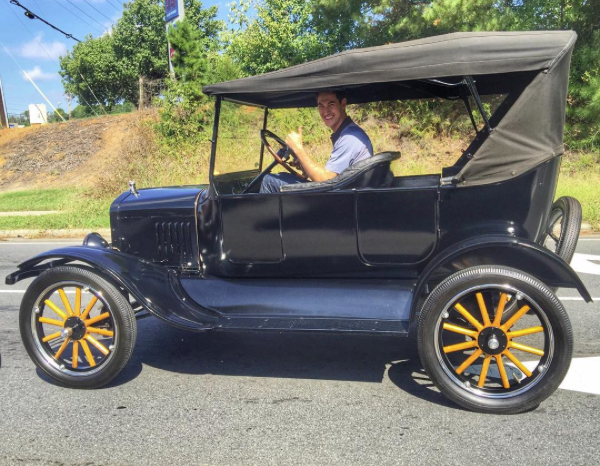