Tampa Bay Buccaneer’s Safety, Dashon Goldson did a photo shoot with DUB Magazine for a feature that just came out earlier this week (read it here). In the article Goldson talks about his love for nice cars, the cars he currently owns including his Range Rover, Rolls Royce Ghost and Wraith, Jaguar XJ, Mercedes-Benz G550 and CL, Fisker Karma, and a Dodge Charger. He also talks about how he’s looking at picking up a Lamborghini sometime soon. It’s a good thing that he signed a 41 million dollar contract, including 22 million guaranteed so he can cover his car collection. Check out all the photos from DUB’s shoot in the article here. 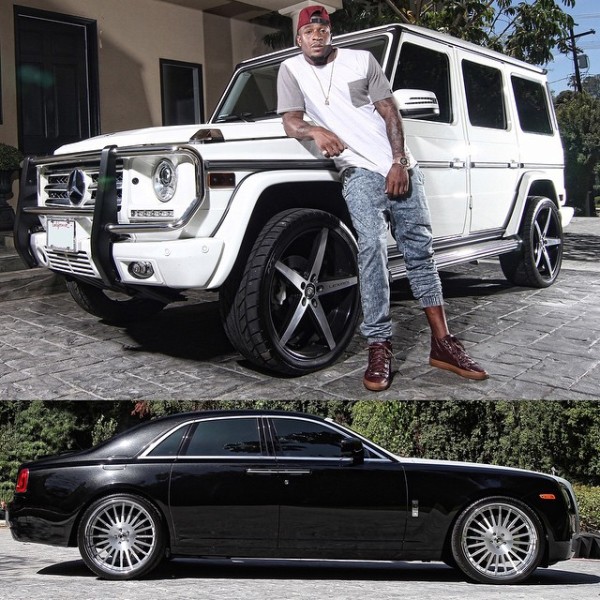