I would expect the team to have everything gassed up but I guess I was wrong as Obama and crew had to stop at a Circle K to gas up while Obama was in Los Angeles for a two-day visit which included an appearance on the Tonight Show with Jay Leno. 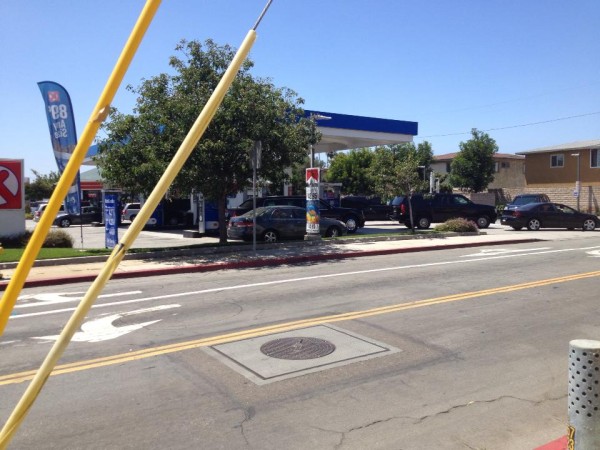