He may own some pretty sick cars but to Ludacris none of them really compare to his 1993 Acura Legend. Yep, that’s right — he still owns his 93 Acura Legend. Back in the day when he was on MTV Cribs, Luda said it was his favorite car — obviously he wasn’t lying because he’s still driving it around. Luda posted this photo on Instagram of the Legend in front of his plane. With the caption, “My plane and my 93 Acura Legend. It doesn’t get much more Gangster than that. Lol.”

He tweeted this last year, “My 93 Acura Legend has 230,000 miles on it & still running strong. Still My favorite car Out of every single one I’ve owned.”

Check out the video below of Luda’s old school MTV Cribs clip. He shows off his Legend around the 4 minute mark but if you want a good throwback just watch the whole clip. Times have changed! 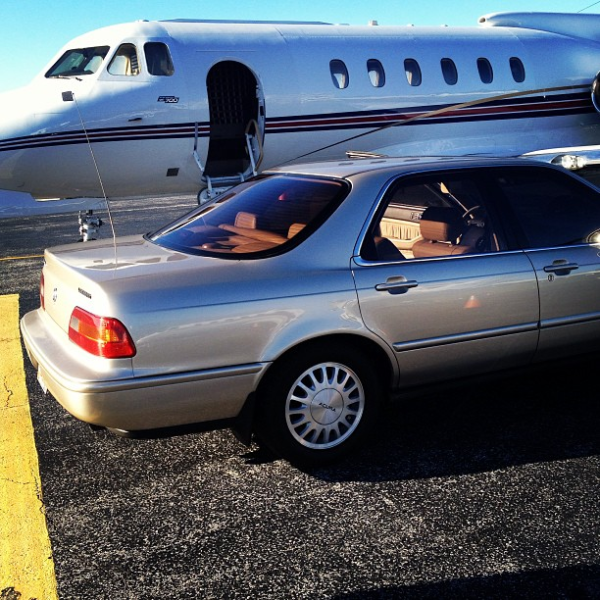 Conglomerate Sand Rock From The Beautiful Beaches Of Santa Barbara
$20000.0

5 Responses to Now This Is Ludacris!