If you thought Justin Bieber’s Fisker Karma was obnoxious think again because this may top it.

British entrepreneur and star of Dragon’s Den, Theo Paphitis loves his cars. He also has a lot of money and when you put those two things together this is what you get — a chrome Maybach 62 S. Our reader Lawrence took these photos outside the famous Ivy Club in London. He was able to get both Paphitis and Quentin Willson, a famous motoring journalist and former presenter of Top Gear UK to pose for a photo.

This isn’t the only car sitting in Paphitis’ garage, he also has a Mercedes SL63 AMG and a Toyota Land Cruiser (for those days when he feels like being just a little less “in your face”).

Big shout out to Lawrence for keeping his eyes open for us. Great shots! 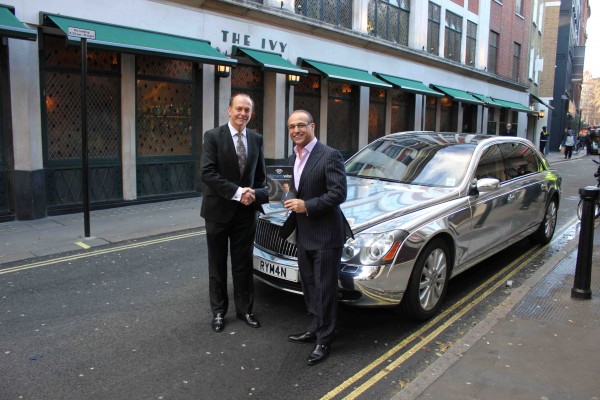 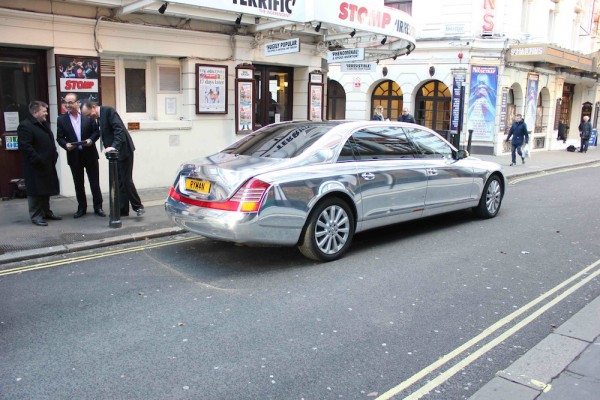